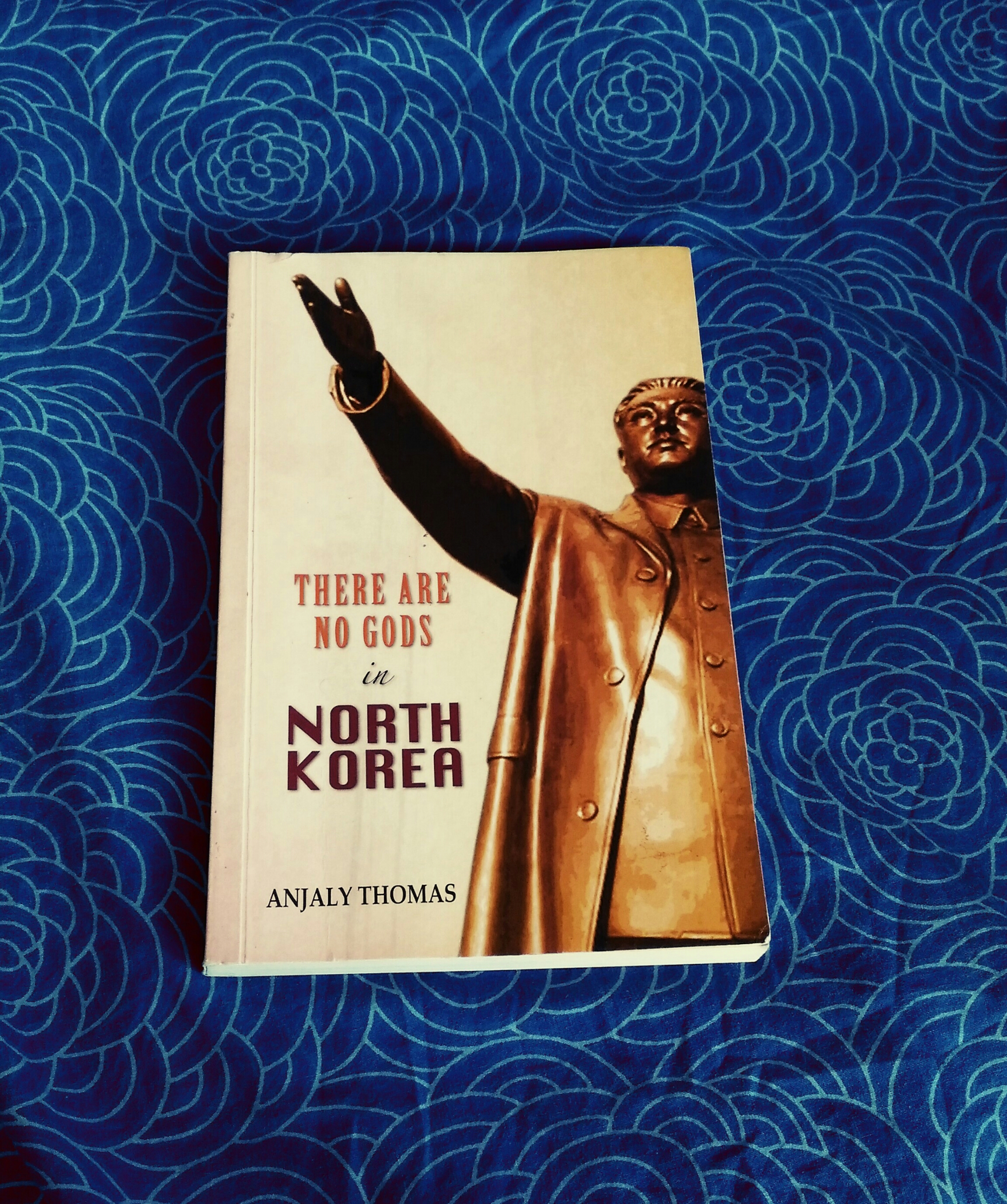 This article was first published in The News Minute on 12 January 2017.

Book: There Are No Gods in North Korea

I have been in heaven. It’s just as the Mahabharata teleseries had me believe. It’s pure white. You can’t see where the snow ends and the sky begins. Before I become the next trending topic, let me clarify. I was on a tram (technically a funicular railway), on the way down from the Cairngorm mountains, the highest mountain range in the British Isles. Let me back up a little to give you a better understanding. I was born and raised by the sea in tropical Kerala and the coldest place I had been in before that was Bangalore. The grand plan was to save up enough money to see my first snow in Scotland. 2009 turned out to be the coldest European winter in two decades and the Cairngorms the snowiest mountain in the region.

Anyway, the tram was bringing me down from the 3500 ft view point. We came up and over a slope and I saw it. A white space. It was not a blanket of white. This was a white with depth, a white where you knew that one was snow and the other, sky, but you didn’t know where one ended and the other began. And that’s why I travel. To experience the atmosphere. To take in what it feels like to walk into the shallow, friendly ocean in the Sri Lankan south. To be humbled by the sheer volume of water that is Niagara. And to be surprised on the WC by a seat warmer on a wintery day in South Korea.

There are No Gods in North Korea by Anjaly Thomas is a travellogue of her experiences across Asia and Africa. Interestingly, this travellogue is not about destinations; it’s about the meaning of travel and how travel transforms you. She travels in North Korea under the guise of a school teacher, she almost gets married to a Masai man in Kenya, she has a run-in with a Hippo in Uganda, she underestimates the Turkish winter and freezes and her adventures are exhilarating and endless. But for the author, travel means change, freedom and giving back to society. While she travels through exotic locations, she carries with her the will to contribute to those societies. She wasn’t always as thoughtful. And then she met Safak Deniz who changed the course of her travel. And her.

Predictably, the most forbidden destination on the itinerary is of course the Democratic People’s Republic of Korea. The North Korea Anjaly sees is a strictly scripted guided tour with no room for error. It’s a country riddled with poverty where the guests are served lavish meals while the tour guides eat rice and kimchi in a separate room. Pyongyong, the capital city, has no street lights for lack of electricity. And only beautiful people get permits to live in Pyongyong. All guests are warned to toe the line for their own safety. Here, a simple act like dancing in the rain could get you arrested but for Anjaly that’s a moment to feel alive. Anjaly’s “first love as a traveller” however, has always been Africa. It’s indifference, it’s acceptance and it’s magic have cast a spell on her so much so that she has returned many times over for hiking, camping, pub-crawling and volunteering.

Imagine feeling like the only person in the world. My favourite part of the book is when Anjaly goes in search of space. She transports you into the vastness that is Mongolia. In her words, “So big, so much, so far, so huge and till the end of the horizon there were only blue skies kissing the earth erupting in a colourful fusion of wild flowers. Edelweiss grew everywhere and so did buttercups and wild geranium, and to say that horses galloped among them in a big happy group is the ultimate compliment to the uniqueness of the place. We drove up the hills, through rivers, across fields filled with wildflowers. And oh, the wildflowers! I had been told it was wildflower season but I still wasn’t prepared for meadows full of yellow, white, blue and purple.”

My  trips are usually planned for around two weeks. The first week is exhilarating. I am eating, hiking, experiencing, picture-taking. Being a creature of habit and a homebody, by the middle of week two I begin to miss my bed, my curd rice and all things familiar. By the last day, I am dragging my feet, ready to watch TV in the hotel room, missing the predictability of the daily grind. After all like Robert Frost says in Birches,

And then come back to it and begin over.”

Similarly, halfway through this book, the writing begins to shuffle its feet. The narrative becomes sluggish and repetitive. The author’s call to backpackers to give back to communities in the countries they travel to is definitely noble. But it’s impact is lost in ghastly editing, a charge that rests squarely on the shoulders of the publisher, Niyogi Books. They even have my pet peeve, confusing “lead” the metal for “led”, the past tense of lead (as in lead the way). Towards the end of the book, it begins to read like a hurried journal entry made at the end of the day by a tired traveller.

Read There are No Gods in North Korea for how the author beautifully captures the unmoored life of a traveller and the occasional need for a buoy: “And again, I missed something I did not have. Something, to hold me to one place, any place on earth”, she says. But if bad editing bothers you as much as it bothers me, stop and think twice about all your bad decisions before picking up this book to read. About travel, she repeatedly says, “visit without expecting anything”. I couldn’t agree more. Be flexible in your travel plans, be open to experiences, accept challenges and be ready for change because you will not be the same person on the other side of your journey. Buy this book here.